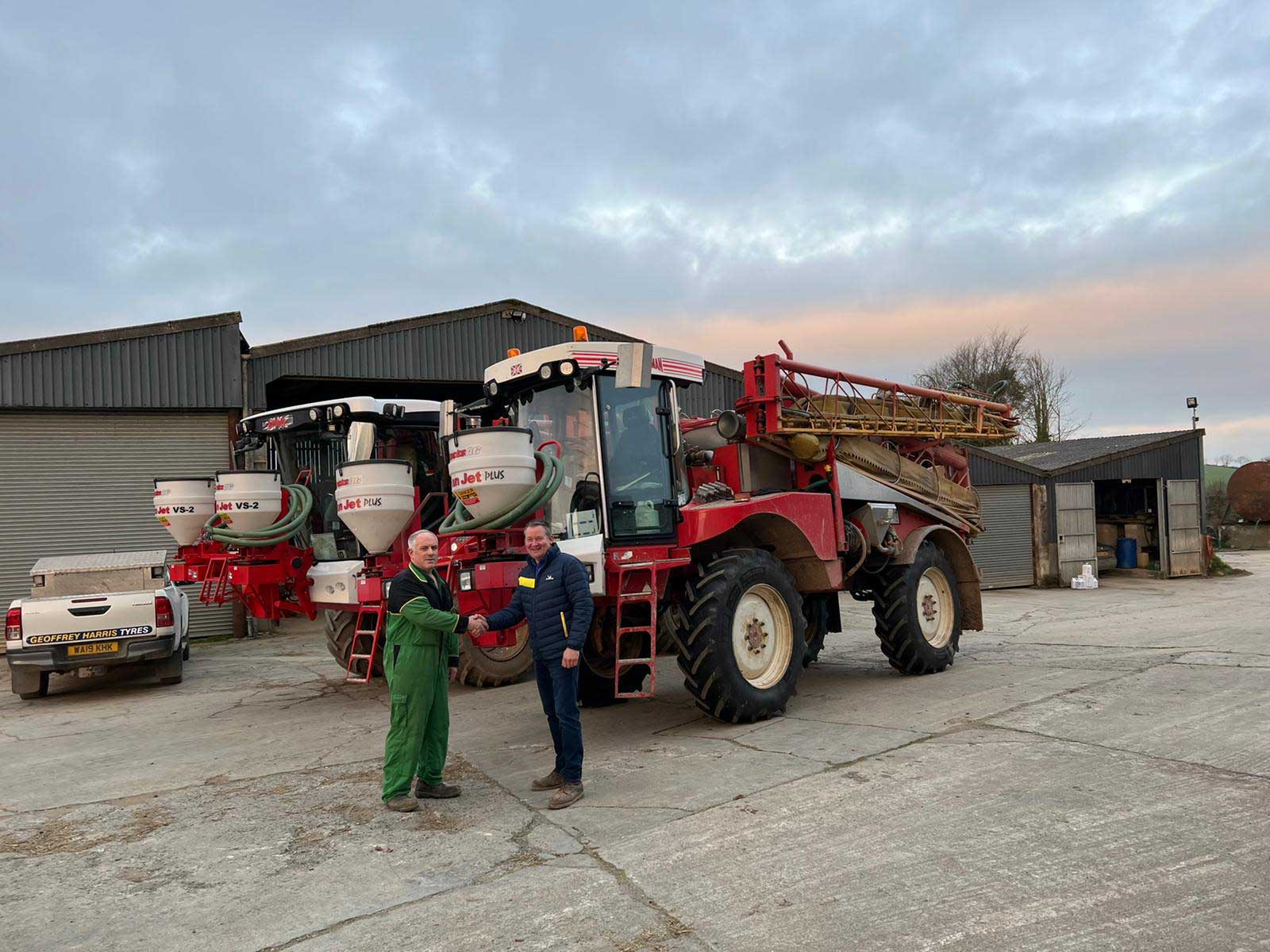 A set of impressive heavy duty tyres has meant that Cornish contractor, Grigg-Agri, has managed to clock up 4,500 hours on its Bateman sprayer before a new set of tyres were required.

The tyres used were Michelin YieldBibs which benefit from Ultraflex Technology, meaning they can carry the same load as a standard technology tyre, but with up to 40 per cent reduced inflation pressure.

The Cornwall-based contractor has invested in another set of VF 420/85 R34 Michelin YieldBib tyres for its two Bateman RB35 sprayers after the original equipment rubber lasted twice as long as the tyres it had used in the past.

Grigg-Agri uses its two sprayers to support a wide range of arable crops across the county, clocking up significant mileage on country roads as they travel between farms.

Mark Grigg, owner of Grigg-Agri, said: “The longevity and performance of the YieldBib tyres has been really impressive. We had used a different product in the past, but Bateman fitted the Michelins to these two sprayers as original equipment and they lasted for four seasons, whereas the old tyres would only ever last for two seasons.

“Both sprayers are loaded with 4,000 litre tanks and are very heavy vehicles doing a lot of roadwork. But the YieldBibs stood up to the challenge, clocking up 4,500 hours before we had to switch to the new set.”

YieldBib tyres benefit from patented Ultraflex Technology, meaning they can carry the same load as a standard technology tyre, but with up to 40 per cent reduced inflation pressure and without compromising on robustness. They also boast Very High Flexion (VF) casings, giving a 24 per cent larger surface footprint which helps to spread the machine’s weight over a larger surface area for less ground compaction.

Other key features include stubble-deflecting lugs and an anti-stubble belt in the tread area, designed to strengthen the main zone at risk of damage caused by stubble, thereby bolstering the tyres’ durability.

Mark said: "We’ve found these tyres really protect the crops. They fit down the rows very well and minimise any damage in the field.”

As well as the YieldBibs, Grigg-Agri has also invested in a new set of Michelin MachXBibs for its John Deere 6210R tractor, which were supplied and fitted by Geoffrey Harris Tyres.

Mark added: “The first set of MachXBibs we ran recorded 8,500 hours which we were very pleased with, so we didn’t hesitate in opting for the same tyres again. Fitting a

cheaper option may have saved us a little bit of money initially but the Michelins offer by far the best value in the long run.

“The support we’ve had from our local Michelin rep has been excellent too, as well as the team at Geoffrey Harris Tyres. We’ve traded with them for many years and they have always been very fair and great to deal with.”