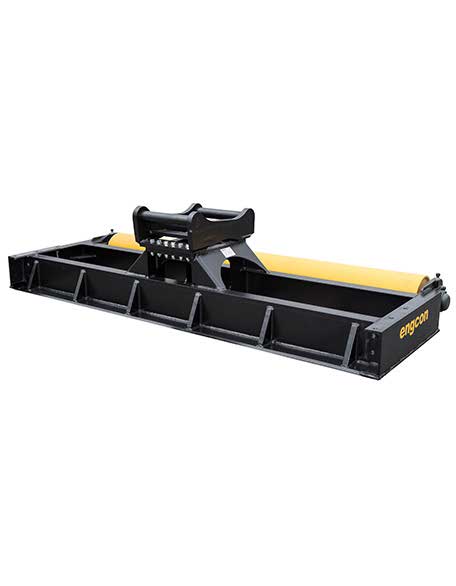 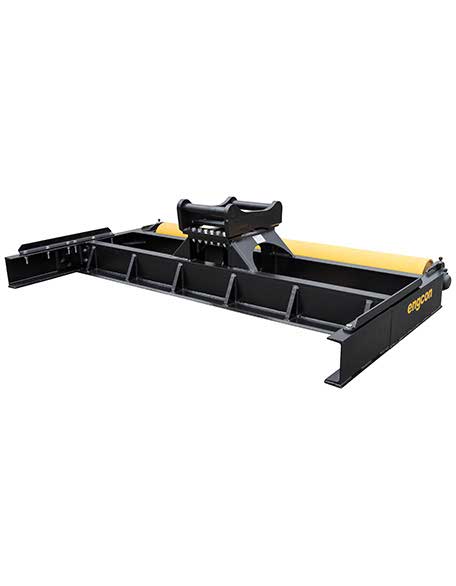 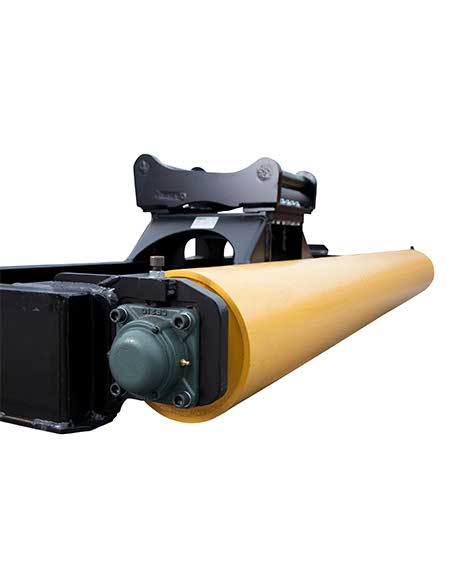 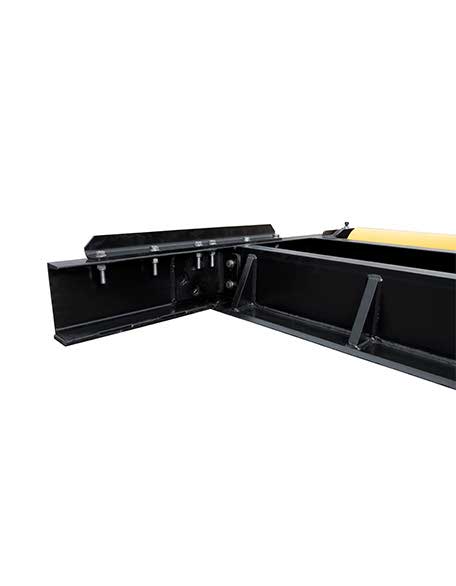 With engcon’s grading beam, you can grade large areas quickly and efficiently.

The grading beam is a smart, flexible solution since it has a screw-fitted bracket/mounting with the same bolt circle as other tools, e.g. stone and sorting grapples, ground vibrators, and rotating brushes, from engcon.

The side beams can be extended with screwable 500 mm extensions and this means that our dealers do not need to keep several different variants of the grading beam in stock but one and the same model covers all configurations.

End-users and contractors can also get by with one beam for several machines if they do not need to be used at the same time.

What is more, engcon’s grading beam has a leading edge of cutting steel and wear bars under the entire structure. This means a long life, making the grading beam even more profitable.  The compactor’s journalled roller can be raised and lowered to achieve the best setting for your particular need.

engcon’s grading beam is even more efficient in combination with a tiltrotator, but it is then important to consider the loads that the tiltrotator will be subjected to.  Use the grading beam for the purpose for which it is designed – surface grading.  Large quantities of material can be moved quickly and efficiently with engcon’s bucket programme.

Similar Adverts That Match My Criteria